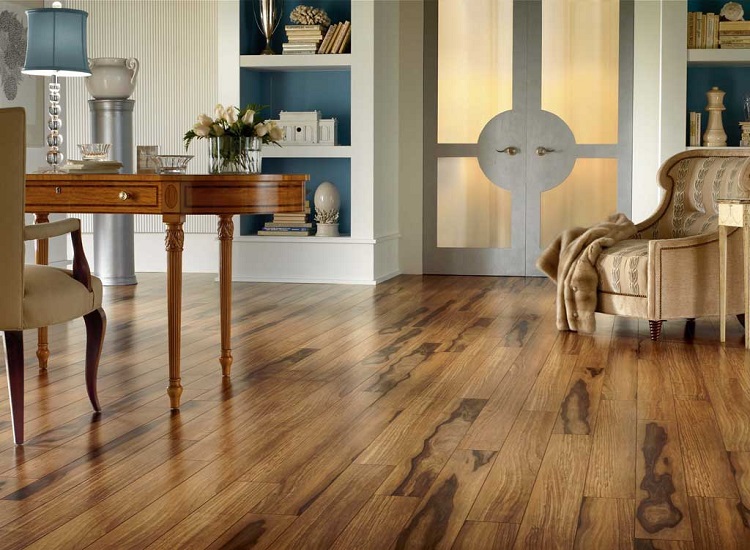 The Best Laminate Wood Flooring for Your Home

Laminate flooring is one of the most popular types of flooring in the world today. In North America and Europe alike, it is widely used and can be found at least somewhere in the majority of homes. It is versatile enough to be used in all rooms, including rooms that can experience dramatic fluctuations of temperature and have high moisture content in the air like the bathroom, the kitchen, and even the basement.

Laminate wood flooring has a high number of advantages over other flooring types, including the fact that it is usually cheaper, but it has not always been that way.

Laminate wood flooring was not the first choice of flooring for homeowners up. It was originally a tile system that had to be glued to the floor, which could end up being extremely messy and very inconvenient as the room could not be used until the glue had set around 24 hours after lying.

The cheaper nature of the material was appealing but these two factors unsurprisingly put people off. It did not matter that spillages would not cause any damage or that it was easy to clean. Instead, it only mattered that it was so difficult to install. However, that all changed.

Saw the introduction of the click system and has been synonymous with laminate flooring ever since. Instead of having to glue on the individual tiles, the click system made it possible for homeowners to lay their laminate floor within just a couple of hours without the need for adhesive. Better still; the whole family could walk on the flooring as soon as the final panel was installed.

The click system is basically where each panel is adjoined to the next one via clicking them into place. You lay one; click the next one onto it and then lay tat. You repeat this process until the entire floor is laid, thus making it an easy DIY job.

Laminate flooring is now synonymous with the click system because many manufacturers tried the system out on laminate flooring and found it worked so well that they have continued to do it ever since. This has undoubtedly contributed to its popularity.

In truth, the click system revolutionized laminate flooring and made it what it is today. It has enabled companies to come up with more patterns, more looks, and more colors, as well as giving them the power to imitate wood flooring. This is cheaper and yet achieves the same effect, which means that it is likely to be onwards and upwards for laminate flooring.

The Acclimatization of Wood Flooring for All Homes

You Should Know All About Wooden Flooring for Your Home

Why Laminate Flooring Is A Popular Choice Among Homeowners?

You Should Know All About Wooden Flooring for Your Home

The Acclimatization of Wood Flooring for All Homes

What is the Wood Flooring for Home Beauty